Approach         Development as Freedom, the widely praised book (1999) by Bengali Nobel laureate Amartya Sen, states that human freedom is both the primary end and principal aim of (international) development. This in turn is dependent on the free agency of (poor) people. Sen goes on to develop this idea in his own way, which I will not repeat here. To me, freedom and agency are intricately linked to systems thinking. Systems thinking, at least in the way that I use the term here, is concerned with the never ending human quest for transformation of wicked problems, of which there are plenty in the South and in the North alike. In The Systems Approach (Churchman, 1968) the roles of beneficiaries, decision-makers and knowledge holders are part of the complex issues that need to be considered in relationship to each other when designing interventions in the broadest sense, whether in personal life, business or government. It is along this line of thought that systemic agency must shape freedom for it to be effective and meaningful. Systemic Agency is the name I gave to the principle that describes the fundamental importance of systemic agency and to the (private) initiative of its promotion (LinkedIn)

Practice            The systems approach of Churchman (1968) has never been formalized as a methodology, at least not by its originator. In late 2012, Bob Williams asked me to help him finalize a book on exactly such a formalization effort, which saw the light as a PDF in 2014 under the title of Wicked Solutions: a systems approach to complex problems. In 2016 we produced a second edition, now also in paper. The book is special in that it uses a fully worked case to guide the reader through the steps and stages of a systemic process that addresses the reader’s own wicked problem. The books main target audience is that of evaluators, university lecturers, and facilitators of all walks of life, including business and development. The list may be expanded to include entrepreneurs, managers, researchers, policy workers, spokespersons, secondary school teachers, and community workers. In a complex world, systems thinking is of the essence. Don’t hesitate to get in touch if you need some support. 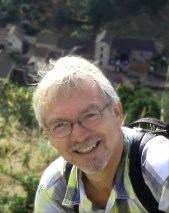